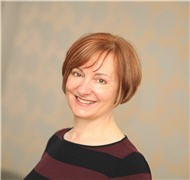 Let’s help you to reclaim your wellbeing

How can our Total Wellbeing Programme help you?

Why work with me?

As an accredited Well-being coach and reflexologist with 25 years’ experience, I have helped thousands of clients to overcome a wide range of health problems. I am the founder and clinic director of Cheshire Natural Health, one of the largest complementary therapy clinics in the north west. Over the last 15 years I have built a team of exceptional therapists who work with me to help people find their way back to good health.From this experience I have learned that there is no quick fix to most long term, chronic health problems. It is vital that we address all aspects of your health and lifestyle to achieve long lasting health and well-being. This includes looking not only at your physical health, but also your emotional health, your nutritional health and other areas of your life which may be having a negative effect on your well-being.

Would you like to find out more? Book your free Health and Wellbeing Review by contacting us on  01925 730123 or book online here.

Tracey has practised reflexology in Warrington and Cheshire since 1995.
She originally worked in National Account Management for large companies before she discovered first-hand the benefits of reflexology.

It was when she tried the gentle, natural techniques of reflexology on her husband who was suffering from a serious back injury that she became determined to change the course of her life and career.

As a consequence of this revelation, she trained as a Clinical Reflexologist with the Centre for Advanced Reflexology in Manchester.

Today she is a full member of the Association of Reflexologists and the Complementary and Natural Healthcare Council. She regularly attends advanced training courses. These include Advanced Reflexology Therapy (ART), Vertical Reflex Therapy, Reflexology in Pregnancy, Energy Works, and Emotional Freedom Technique. She is an accredited  Wellbeing Coach and training to be a Specialist Practitioner for clients with ME and Chronic Fatigue.

Tracey has a particular interest in anxiety and hormonal problems, in particular those associated with the menopause.

Tracey in the media

Tracey, her work and Cheshire Natural Health have featured in many local, regional and national publications. These include the Liverpool Echo, the Warrington Guardian, Sunday Express magazine and Zest magazine. She has also been interviewed on BBC radio, Real Radio and Channel M Television.

Watch Tracey talking about the benefits of Reflexology and see a demonstration on our special video, created by Microfold.