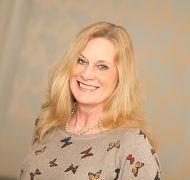 What is Nutritional Therapy and how can it help me?

Nutritional therapy is the application of nutrition science in the promotion of health and peak performance. It is a complementary therapy which aims to address nutritional imbalances in the body to help optimise good health. You will be shown how to make the best use of the nutrients in the foods that you are currently eating and how to introduce new foods into your diet that will help give you the nutrients that you need to manage your health problems.

Our bodies are highly dependent on a myriad of nutrients and micronutrients for optimal health. Nutritional therapy can identify potential imbalances of key nutrients and how these contribute to symptoms by analyzing lifestyle and diet and, where appropriate, use a range of laboratory tests to aid the formulation of a personalised, negotiated plan, comprising lifestyle and dietary recommendations.

This approach allows the nutritional therapist to work with people on many levels by addressing nutritional imbalances and supporting the body towards maintaining health, so if you simply want to check that you are on the right track or want help with losing weight or with your symptoms, please get in touch so that we can arrange a consultation for you.

Natalia has practiced as medical herbalist in 2003, when she obtained her first class degree in herbal medicine from the University of Central Lancashire. More recently she completed her MSc in Nutritional Therapy at the University of Westminster in 2015 with a research project on diet and migraine.

Natalia is a member of the National Institute of Medical Herbalists (NIMH) and the British Association for Applied Nutrition and Nutritional Therapy (BANT).

Natalia is one of only a handful of therapists in the UK who are trained in both Herbal Medicine and Nutritional Therapy.

Angela is a graduate who trained as a Nutritional Therapist with the internationally recognised Institute of Optimum Nutrition (ION), founded by Patrick Holford, in London.

As a member of BANT, Angela complies with the National Occupational Standards (NOS) for Nutritional Therapy and the NTC Core Curriculum. The NOS are developed and updated by Skills for Health (www,skillsforhealth.org)

Angela is also registered with the Complementary and Natural Healthcare Council, a national voluntary regulator for complementary healthcare practitioners, which has been developed with support from government funding in order to regulate the advice given to the public. 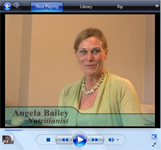 Watch Angela talking about the benefits of Nutritional Therapy and see a demonstration on our special video, created by Microfold.