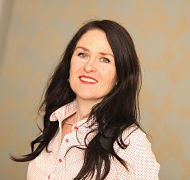 ” I have been amazed at the difference since having these treatments (Homeopathy and Reflexology). I am feeling extremely well. I would like to thank the team at Cheshire Natural Health for their help and advice. ”

” Homeopathy has helped me tremendously and I have found it to be a fascinating and pleasant experience. ”

Homeopathy for Babies
” I had never really heard of homeopathy and certainly hadn’t given it a second thought for my new born baby. My daughter was born with a severe reflux problem. At 7 weeks old she weighed the same she did when she was born as she couldn’t keep any food down; I think you can only imagine how horrendous those first 7 weeks had been in and out of hospital. Having had a rollercoaster first few weeks the hospital told me there was nothing medically that could be done, only anti sickness drugs to try and stop her from being sick. As it is a mechanical problem with the oesophagus it didn’t seem likely to me that they would work, indeed they made no difference.

4 months into her short life the reflux was no better and she would projectile vomit 5-6 times a day. It was exhausting and really meant that we were house bound. I used to feed her with a bath towel over me and a sick bowl to hand. A friend mentioned homeopathy and at this point I would try anything. Again as this is medicine based I was sceptical but willing to give it a chance.

I went to see a homeopath a few days later and we had a 2 hour consultation. Some very random questions and I left the appointment really wondering how on earth it could work. I gave her 2 different remedies that day and then had some to give to her on subsequent days. From the moment of giving the remedy she was not sick for 48 hours which was unheard of in her life time. Then the sickness came back. I phoned the homeopath and she arranged a stronger remedy… this lasted for a week and within a month she didn’t reflux again for 2 months. It then started again on a regular basis, got another remedy and she has never refluxed since.

My Mum is the biggest sceptic in the world and even she was hard pushed to deny the evidence. The hospital had given me a projected end to the reflux of somewhere between 10-12 months.

A few months later I was pretty fed up of her persistent conjunctivitis. Having tried 3 lots of prescribed creams I phoned the homeopath to ask if there was anything I could have. I collected a remedy gave it to her that night and the next morning the yellow crusty eyes were gone. I found this very compelling indeed!

Since then my husband has had homeopathy for his hay fever. He no longer has hay fever!

I had then pretty much forgotten about homeopathy as we had a fairly healthy household. I had a second daughter and when I started to wean her from being breast fed to bottles and food she started to be sick all the time. I couldn’t believe it… more vomit! For 3 months the doctors kept telling me she had a virus. She would roll around screaming and being quite an aggressive little baby to be frank. I used to take her to the doctors each week to say she is being sick all the time, diarrhoea and not content at all but was always dismissed that she still had a virus. I finally got so annoyed that I booked to take her to see a consultant doctor privately. About 5 days before that appointment I decided to go to see the homeopath too to see if they could help with the vomiting. I was at my wits end. Again, after consultation, I got some remedies which we started the next day. Although the vomiting didn’t seem to change that much her mood certainly did. I then went to see the consultant and he diagnosed her with Cows Milk and Soya allergy. He told me it would take about 10-14 days for her digestion to settle with a new diet. Within 24 hours of her new diet she was back to her old self and both her vomiting and diarrhea had stopped. Clearly the vomiting wasn’t going to subside if I was still feeding her the food she was allergic to! I believe the remedy had settled her stomach much quicker than predicted and that once the allergic food was removed from her diet she settled so quickly because of the homeopathy.

For me, whilst I am not at all “new age” or particularly “alternative thinking”, I don’t feel that this evidence can be ignored. I know the traditional doctors laugh; I did tell them with my first child what I had done and they did just that………. I know it worked. I think the most compelling piece here is to ask yourself this question. “ If it was a placebo affect…. How on earth would that have worked on babies who can’t be influenced in this way? ”

Homeopathy for recurring sore throats
” I brought my 5 year old son Finley to the clinic to see Irene Roberts as he was suffering very acute constant sore throats so much so that he was booked in for a Tonsillectomy. After spending over 1 hour with Irene of which I found to be a very pleasant experience, we left with the prescribed remedies. Within a week the symptoms had improved so much that I cancelled Finley’s hospital procedure. I have been using the Homeopathic Remedies now for over a year for Finley and he is like a different boy he does still suffer occasionally from sore throats but I treat the condition with the required remedy and he is then back to himself within 24 hours.

I can’t thank Irene enough for not only her excellent consultation manner but her constant support and advice, a true professional working with a treatment that really does work! ”

Who can use Homeopathy?

Homeopathy is suitable for people of all ages and many different ailments, emotional and physical. It is safe for pregnant women as well as babies and children. It is a natural medicine and has no side effects.

In 2011 the Swiss Government published a report that had analysed all the research data available about Homeopathy and concluded it is a safe and cost effective medicine that should be available in their health system.

Homeopathy can be used for many problems including:

Homeopathy is a gentle, natural, holistic medicine that treats you as a unique individual, taking into account all aspects your physical, mental and emotional symptoms and character. It has been used across the world for over 200 years, helping people who have a wide range of health problems, by stimulating the body’s own natural healing mechanisms

How can Homeopathy help you?

Homeopathy works well alone or alongside conventional medical treatment. People often come with a diagnosis from their doctor, which can be anything. Homeopathy does not treat named diseases or conditions. It considers you as a whole individual and how you experience all your symptoms, enabling an assessment and treatment of the ‘inner’ root cause, not just some of your ‘outer’ physical symptoms. A prescription at this deep level can stimulate the body’s innate healing process to return flexibility and bring you back into balance.

Carol graduated from the College of Homeopathy in London after completing a 3 year course in 1995. She is registered with the Society of Homeopaths, the largest body registering Homeopaths in the U.K. See society website homeopathy-soh.org for further information including research evidence supporting the validity of Homeopathy.