” I have been coming to CNH for a few months now, after struggling with hot flushes and anxiety attacks due to the menopause..
I spoke to Tracey who recommended Reflexology and an appointment with the Herbalist..
The two treatments together have helped immensely and made me feel like my normal self again. ”

” Mr L, a gentleman in his early 70’s, had been suffering with an itchy rash for about 2 years. His GP diagnosed eczema, while the specialist he saw at the hospital told him it was dry skin. The various creams they prescribed had not helped, and some had actually made things worse. As the rash started to spread, he decided to try herbal medicine.

I had to be careful in choosing which herbs to prescribe, because Mr L was taking medication for high blood pressure, and I had to be certain that my medicine would not interfere with it. However, I was able to give him a liquid medicine to take three times a day, plus a cream to put straight onto the rash.

Things started to improve quite quickly. Within a few days, the rash began to fade, and although a few new patches still came up, they faded away quickly. The itching also became less, and had stopped completely a fortnight after Mr L’s first appointment.
Just over a month after starting treatment, Mr L was virtually free of the rash and the itching that had made his life a misery for almost 2 years. “

Herbal medicine is one of the oldest forms of medicine in the world and has been continuously practised here in the UK throughout history. Natalia practises Western herbal medicine which is based upon an orthodox medical training and the traditional use of plants combined with modern scientific research and clinical trials. Herbal medicine is plant-based medicine and can be used in many forms including liquid tinctures, herbs teas, powder capsules or oils and creams for topical use.

One of the principles of herbal medicine is based upon the philosophy that the body is always striving to heal itself. By considering the person as a whole and unique individual, our therapists use plant medicines to stimulate and encourage this innate desire to heal. 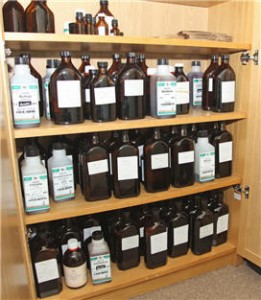 Many chronic conditions respond particularly well to Herbal Medicine, and our therapists have a particular interest in working with patients suffering from

The food we eat, day in day out, has a profound effect on our health, but we are bombarded with so much information and advice, often conflicting, that it’s difficult to know what’s healthy and what isn’t. Even small changes can make a significant difference – provided they’re the right changes. Personalised nutritional therapy helps you find the diet and if necessary supplements that are right for you, based on the latest scientific evidence and taking into account your needs, your likes and dislikes, and your budget.

What to expect from a consultation

Your initial consultation will last an hour and a half and your therapist will take a detailed medical history, not only looking at the condition for which you want treatment but also considering your health as a whole. Once she has gained an understanding of your needs, your therapist will explain your options for treatment and agree a treatment plan with you. Your herbal medicine will be dispensed at the clinic for you to take away with you. You may be asked to purchase teas, creams or supplements independently in addition to your herbal medicine. You may also be asked to adjust your diet to enable the body’s return to health. This can be done at a pace to suit you and the emphasis will be on adding health-giving foods to your diet as opposed to cutting foods out. If you are taking any prescription medicines, your therapist will ensure that the herbal medicines and supplements she prescribes will work safely along side them.

You may need a number of repeat visits, their frequency will vary according to your state of health and how quickly you respond to herbal medicine. Chronic, long-term problems generally take longer to clear that short-lived ‘new’ problems.

Natalia has practiced as medical herbalist in 2003, when she obtained her first class degree in herbal medicine from the University of Central Lancashire. More recently she completed her MSc in Nutritional Therapy at the University of Westminster in 2015 with a research project on diet and migraine.

Natalia is a member of the National Institute of Medical Herbalists (NIMH) and the British Association for Applied Nutrition and Nutritional Therapy (BANT).

Natalia is one of only a handful of therapists in the UK who are trained in both Herbal Medicine and Nutritional Therapy.